Posted on February 13, 2012 by beckyajohnson

February’s selection in my “bread of the month” challenge was whole wheat bread. I used a recipe from The Bread Baker’s Apprentice: Mastering the Art of Extraordinary Bread. The recipe yielded 2 one-pound loaves.

Many of the recipes in The Bread Baker’s Apprentice take two days to make. Yesterday I mixed up both a flour + water soaker and a poolish of flour, water and a bit of yeast. The soaker sat on my kitchen counter overnight and the poolish was refrigerated overnight after allowing it to rise a few hours. These techniques are supposed to enhance the flavor of the bread.

After kneading the dough for 15 minutes, I left it covered on the counter to rise for another 2 hours. Then I divided the dough in half, shaped them into bread pans, and let them rise another 2 hours while I left to do karate. 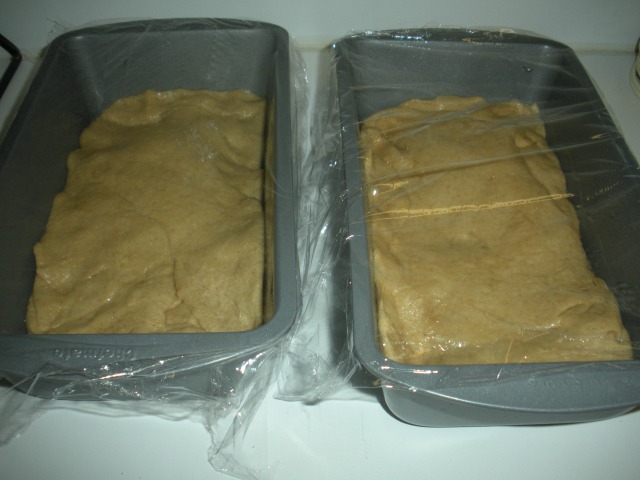 When I came home they had more-than doubled in size. While I preheated the oven, I sprinkled water and rolled oats on top of the loaves to make them a bit prettier.

They baked for about 45 minutes and came out of the oven a perfect golden-brown. 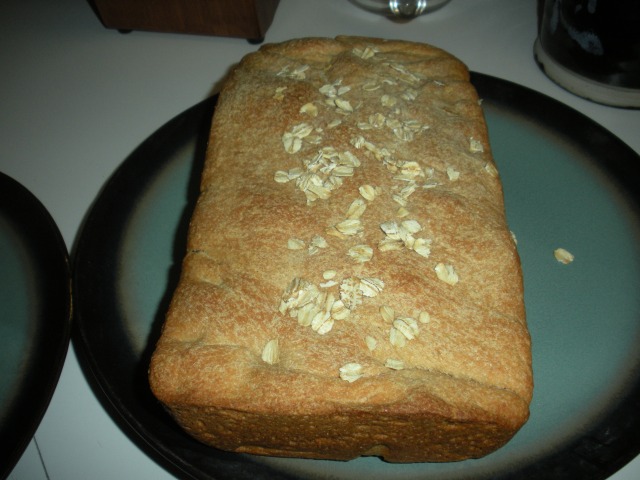 I left them sit on the counter another hour to cool before sampling. They came out a little dry and dense, but tasty nonetheless.

I love the process of baking bread from scratch. In March, I will be trying a recipe for a salt-free Tuscan bread.