I am in Washington, DC at the moment for the XIX International AIDS Conference, and before pre-conference festivities began last night I had the day free to explore the city a bit.

In the morning, I went to a Welcome to Washington Breakfast at the U.S. Capitol organized by the senior senator from my home state, Nevada. 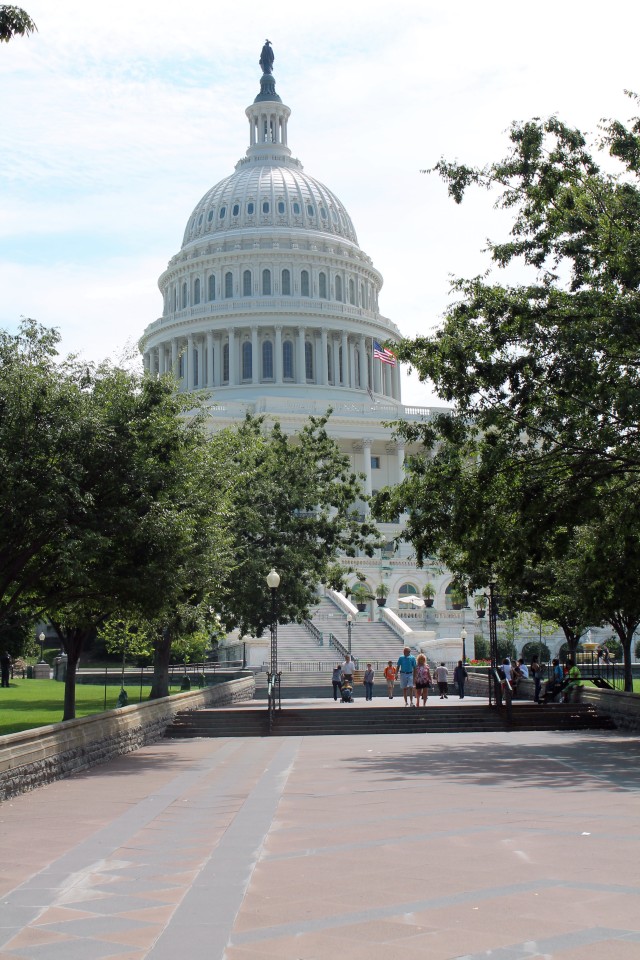 Since our senior senator is also Senate Majority Leader, we got a prime location for the breakfast.

I was surprised there were around 75 other people from Nevada visiting Washington that day, who had stopped in for the meet and greet. We feasted on a traditional American breakfast of coffee and doughnuts, before Sentator Reid came in to speak.

Although he’s a career politician, Senator Reid appears to be a humble and soft-spoken man. Rather than talking politics, he talked about what it was like to live in Washington DC, his family, his grandchildren, his wife’s current struggle with breast cancer and their upcoming plans for summer vacation — to visit friends of his wife in California who she hasn’t seen in over 60 years. Then we formed a neat line to each introduce ourselves to the Senator while a photographer with a much-fancier camera than mine snapped individual photos with the Senator.

After the breakfast, we broke into small groups and the Senator’s staff members gave us a tour of the Capitol building. We watched a short video in the Capitol Visitor Senator, and visited the Rotunda, the crypt that was originally built to entomb George Washington (he later insisted on being buried at Mount Vernon), and the original rooms where the Senate and Supreme Court met.

My favorite part was looking at all of the artwork, especially the statues. Each state is allowed to bring two statues to the Capitol Building. One of the statues representing Nevada is of Sarah Winnemucca, human rights activist and writer, who according to our tour guide, was the first Native American to become a published author. A pretty good role model from our state, in my opinion. I need to read more about her. 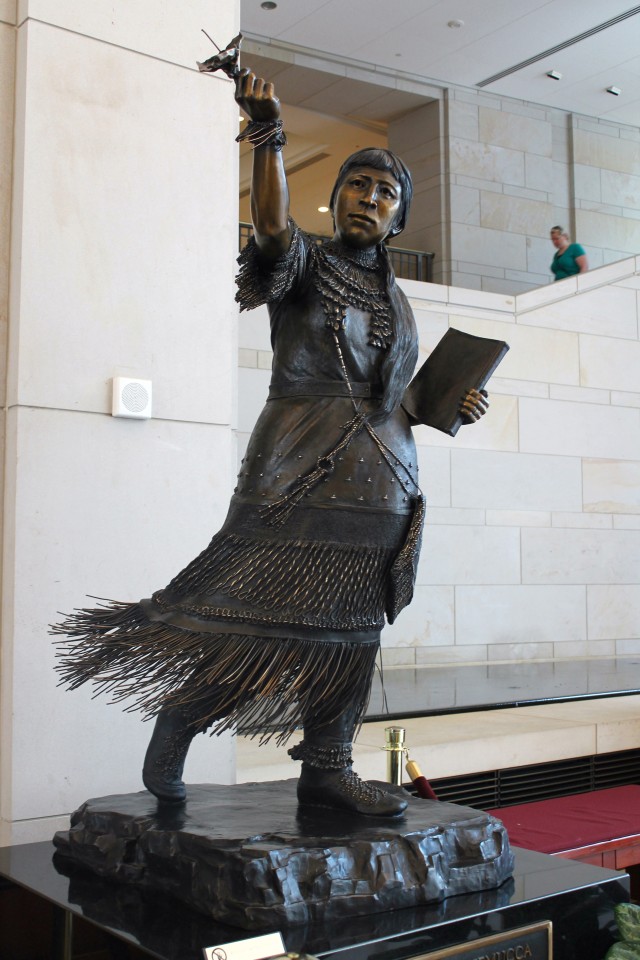 I also really liked this statue of Susan B. Anthony, Elizabeth Cady Stanton and Lucretia Mott. There’s a fourth figure unfinished in the back, representing there’s still much work to be done in the women’s rights movement and that each of us has a role to play.

We were also given passes to watch the Senate in action inside the Senate Chamber.. If you’ve ever watched C-Span, then you know that Senate business is not generally very exciting, that it takes a long time between speeches and that the Senators are rarely ever all in the same room together.

We got to watch a Senator from Kansas (I didn’t catch his name) give a speech in opposition to the DISCLOSE Act, which would essentially require businesses to disclose within 24 hours every time they give a political contribution in excess of $10,000. This senator’s speech was more of a tirade on how great Coca-Cola Industries are because they employ so many people in Kansas, so it would be wrong to limit their freedom of speech. My husband and I frequently talk about the corporate takeover of the United States and our government, and now I have my proof.

In the afternoon, I headed over to the American Art Museum and National Portrait Gallery. Both museums are part of the Smithsonian and they share a building that is about a half-mile from the National Mall. Admission is the very affordable price of free.

My favorite exhibit in the American Art Museum was the folk art exhibit. The museum defines folk art as any work of art made by someone without formal art education or training. There’s much use of everyday objects such bottle caps, scrap metal and even human hair. The museum also had a Special Exhibition on the Art of Video Games, which made me really wish I had brought my husband to Washington.

On the National Portrait Gallery side, I especially enjoyed the portraits in the “Struggle for Justice” exhibit. While there were portraits of famed activists such as Martin Luther King Jr, Rosa Parks and Frederick Douglass, I was surprised by how many activists I had never heard of. Among the portraits were feminist Kate Millett, Black Panther Stokely Carmichael, Japanese-American Fred Korematsu (who campaigned for repatrition for Japanese Internment Camp Survivors), LGBT activist and ACT UP founder Larry Kramer, and a group of Special Olympics athletes photographed on a beach with Eunice Shriver. U.S. History classes need to do a better job of teaching us about these people.

I also went on a tour of the Luce Foundation Center for American Art, which turned out to be a private tour since I was the only person who showed up. The Luce Foundation Center is a public storage center that houses approximately 9% of the Smithsonian’s American art holdings behind glass cases (1% of the holdings are displayed in the galleries and 90% are in storage facilities in Maryland). Among the collections are paintings, sculptures, folk art, crafts, jewelry and miniature portraits displayed in pull-out drawers.

It’s more of an interactive center than museum, where you can use the center’s computers to locate and search for background information on the collection’s holdings. I highly recommend the tour for art enthusiasts, and there’s also free coffee at the end.

4 Responses to Breakfast at the Capitol + American Art Museum