Bared to You Book Review

Posted on November 1, 2012 by beckyajohnson

Next week the BlogHer Book Club is reviewing Sylvia Day’s novel Reflected in You, the second novel in her Crossfire Series. As an added bonus, Penguin Books sent all reviewers a copy of Book One in the series, Bared to You. I can’t turn away the opportunity to read a free book, and I thought reading Book One would give me insight into Book Two in the series as I prepare my review. 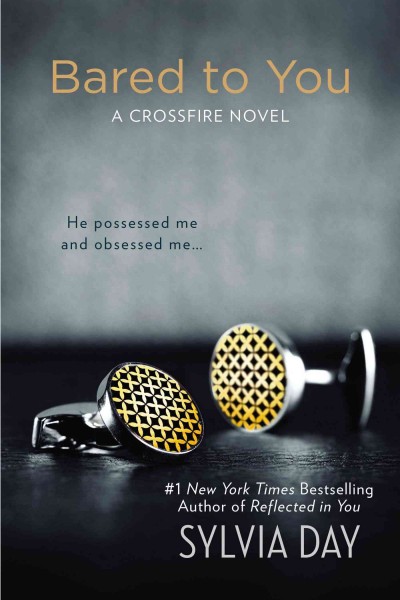 Bared to You is told from the point of view of its protagonist, Eva Trammel. She’s recently moved from San Diego to New York City, where she has landed a job as executive assistant at a major advertising agency. The day before she is to start her new job, she stops by her new office building to take care of some paperwork. There, in a semi-embarrassing encounter, she lands face to face with the most attractive man she’s ever seen. She begins obsessing on him in a high school crush kind of way, and later learns that he owns the building where she works. In fact, he is one of the wealthiest men in the world. He obsesses on her to, and one thing leads to another…

I was pleased that the book has a strong female protagonist, so there is no damsel in distress that needs to be rescued. Eva is a smart, educated woman with a budding interest in Krav Maga, and I personally think more women should study martial arts to build self-confidence.

The book reads a lot like a soap opera. It has an interesting, yet highly dramatic back story sprinkled with lots of passionate love making. The book is well put together in terms of plot-line, character development, and leaving the reader with a cliff-hanger at the end of each chapter. However, the writing style is not overly intellectual, and the author makes frequent use of the vernacular.

If you’re looking for a light, fun read, I recommend this book — so long as you’re not put off by smut and vulgar language.