Posted on September 30, 2012 by beckyajohnson

One of the things that made Portland an attractive city for my husband and I to move to is that it is fast becoming a foodie destination, especially in regards to the farm-to-table movement. One can easily have a meal comprised entirely of ingredients from within a 50 mile radius of your home.

It’s also one of the things that attracted food stylist and writer, Laurie Wolf, and her award-winning photographer husband Bruce, to Portland in 2008. And now they’ve collaborated on the recently-released cookbook Portland, Oregon Chef’s Table: Extraordinary Recipes from the City of Roses, which is the first cookbook to gather Portland’s top chefs and restaurants under one cover. The book features over 70 recipes from more than 60 of Portland’s best restaurants, and it’s rumored that a sequel cookbook is in the works.

This afternoon local gourmet grocer Pastaworks hosted not only a book signing, but also a reception that featured over a half-dozen chefs from restaurants highlighted in the book.

There were mini berry tarts from Random Order Coffehouse & Bakery… 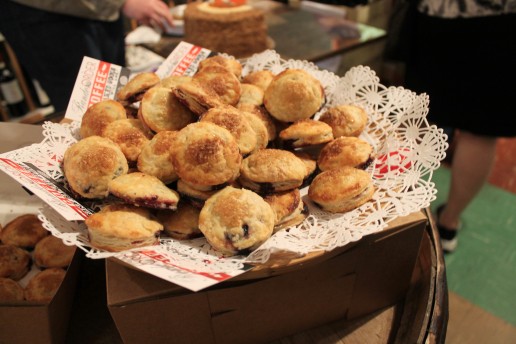 Deviled eggs with freshly grated horseradish and brioche crumbs from Evoe. I can’t wait to try this recipe out. 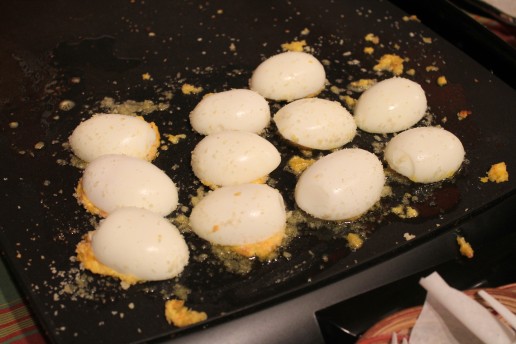 The cookbook features gourmet-restaurant-approved recipes designed for the home cook. The recipes range from containing only a few ingredients that can be easily made in under an hour (such as the deviled eggs above) to complex recipes with several dozen ingredients (such as Grilled Flat Iron Steaks with Tomato Salad, Spicy Remoulade & Espelette Oil). Recipes are helpfully divided into sections such as small plates, soups, brunch, sandwiches, large plates, desserts & pastries.

Full color photographs are found on nearly every page and foodie anecdotes are interspersed throughout the text such as “truffle hunting in the forest” and the importance of coffee to Portland culture. But perhaps my favorite part of the cookbook thus far is the full-page intros to each restaurant, which serve as a sort-of restaurant review with tips on some of Wolf’s favorite dishes. This is great for someone who has just moved to the Portland area and who is looking for tips on local restaurants to try.

And of course, I can’t wait to try the recipes out too.